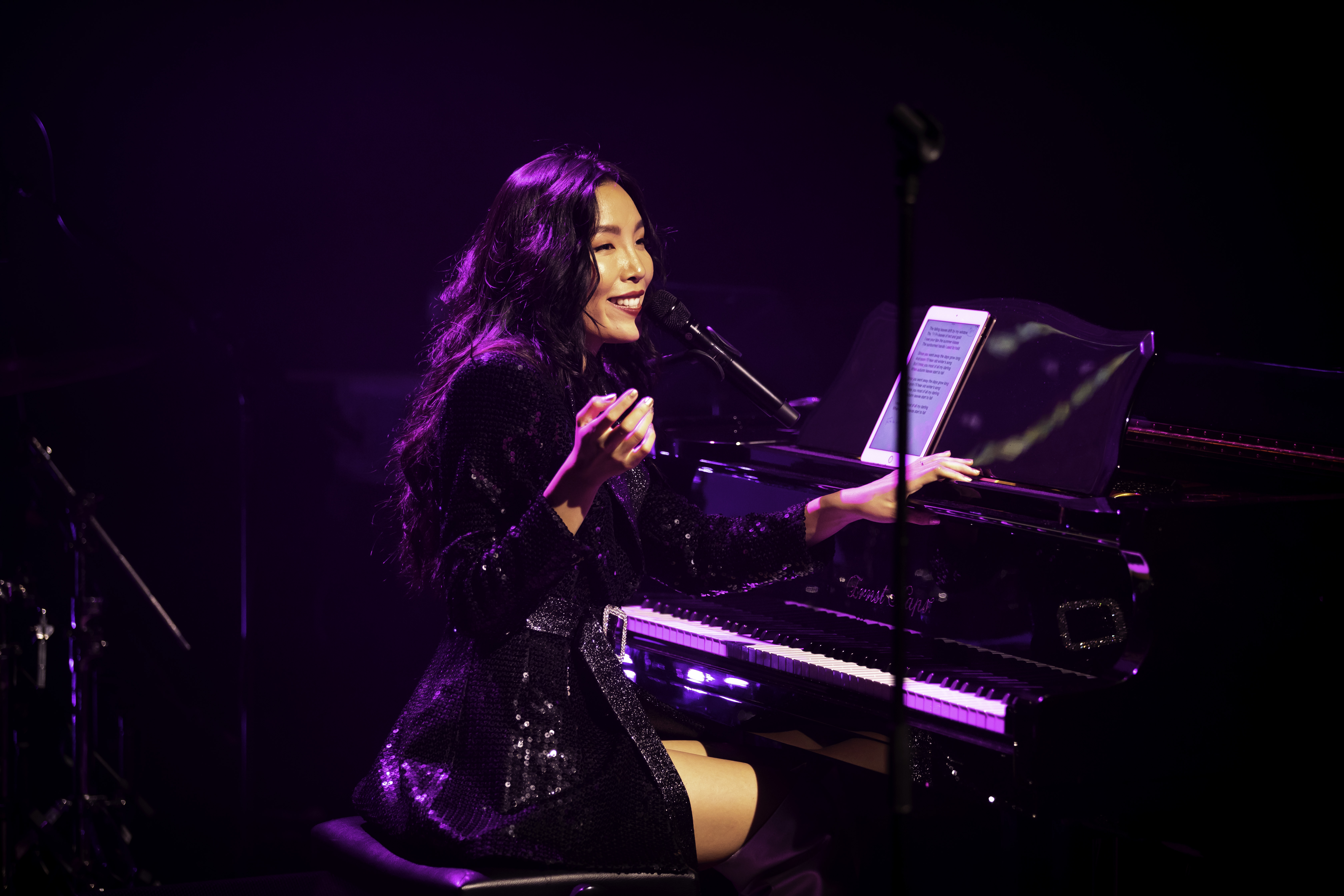 ON TOUR WITH HUMAN NATURE THROUGHT APRIL AND MAY

HEADLINE TOUR KICKS OFF IN AUGUST

LIVE SESSIONS EP showcases Dami’s live performances of tracks including international smash hit and power ballad ‘Sound Of Silence’, ARIA Top 10 single ‘Super Love’ and tracks from Dami’s 2018 ARIA #3 album ‘I Hear A Song’. At the piano Dami is nothing short of incredible, and the LIVE SESSIONS EP is a testament to one of the best voices in the country. “I love performing my songs live. It’s the only time I can connect with each person on such an intimate level as I share the deepest parts of me.” Dami reveals.

LIVE SESSIONS EP also welcomes a new track ‘Dreamer’, available now as an instant-grat track for those who pre-order the EP. “Dreamer is a really personal song for me. At the time I felt like there were so many opinions and voices around me and slowly I was getting lost. I wrote the first verse and chorus in fifteen minutes and it felt great to get it off my chest. It’s was the most empowering feeling” explains Dami.

Dami is no stranger to the stage, and will return to the road in August 2019 with her The Hit Network presents Dami Im Dreamer Tour, performing her hits and fan favourites in intimate venues along the east coast of Australia. Dami says “I’ve always felt most confident when I’m on stage performing and it’s been a dream of mine to live this life as a performer. It’s going to be a very special tour where I get to show my musical evolution as I sing my previous repertoire as well as the new music that I’ve been working on this year.”

The Hit Network presents Dami Im Dreamer Tour is in addition to her already-announced special guest spot on the extensive Human Nature 2019 Tour “A Little More Love: a 30 Year Celebration Tour”, which kicks off in April 2019. Dami will be entertaining the audiences with a number of solo performances, as well as joining Human Nature on stage for some very special duets. “I’m so thrilled to be joining Human Nature on their 2019 tour. It’s going to be an incredibly special show. They’re true professionals, and bring such a special energy to their shows. I’m so honored to be sharing the stage with them!”

Dami Im has amassed a multitude of hits and achievements during her relatively short career.  A classically trained musician, Im walked off The X Factor stage in 2013 victorious and strode, without delay, into the #1 spot on the ARIA charts with her platinum self-titled album DAMI IM. Since then, she’s released three more acclaimed studio albums, including the Gold accredited 2014 release, CLASSIC CARPENTERS, which peaked at #3 on the ARIA album charts and gave rise to a sold out national tour. Dami then travelled to Sweden to represent Australia at The Eurovision Song Contest 2016—where she placed second in the world performing in front of an audience of 200 million with her power ballad & international smash, ‘Sound of Silence’ .