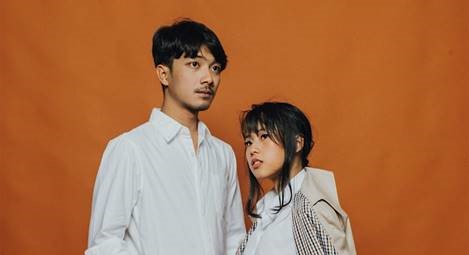 Following on from their self released singles, ‘Cloud’, ‘Sorbet’ and ‘5AM’, Indonesian producer / singer duo Galdive, made up of Osvaldo and Tanisha, today return with their brand new track, ‘Nescience’ out now on Avoca Drive / Sony Music Entertainment Australia.

The first release through the new joint venture between Avoca Drive and Sony Music Entertainment Australia, ‘Nescience’ showcases the talent Galdive have for creating music by marrying their love for R&B, Classical and Jazz music in just under 4 mins of stunning-ness!

Having already racked up over 10 million combined streams on ‘Cloud’ and  ‘5AM’,   ‘Nescience’ is the perfect follow on song from this incredibly creative duo who brand their project with 1950’s feelings mixed with modern styles which are resolved around high fashion and Expressionism/ Modern Art paintings.

On explaining the meaning behind the track, Osvaldo and Tanisha said, “This song is an expression of someone who wants to help those who are too caught up with the sadness in their own world. It’s a song directed for anyone that wants to be understood without explaining why.” The cover art, drawn by Tisha, was created with the intention of showing two de-attached persons with each other. The song contains a person who is so ignorant and close minded to share
their own feelings to the other, while they are really close in person. The yellow paint helps convey knowledge and the blue shows gloom and sadness.

Formed in 2015, it wasn’t until December 2018 that Galdive decided to release their first track ‘Lotus’ which quickly got the attention of publications such as Nourish, College Music and Aviencloud. Fast forward to 5 singles later in just 2 years, the duo are surpasing all their goals they set back then – their fourth single ‘Sorbet’ has alone had over a million views on YouTube since its release in June last year.