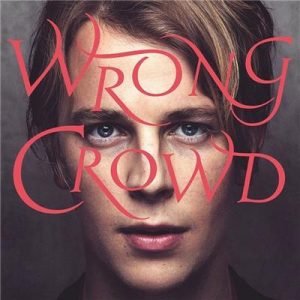 Tom Odell is set to return to Australian shores later this month in support of his second album WRONG CROWD, out now through Sony Music Entertainment Australia. Tom will be in Sydney from July 27th through to July 29th undertaking interviews across radio, television and online outlets, as well as surprising fans along the way!

WRONG CROWD, which debuted at #2 in the UK last month, is the follow up his 2013’s million selling, #1 UK debuting album LONG WAY DOWN. His debut album was met with tremendous critical reaction and earned him the highly prestigious Ivor Novello Award for Songwriter of the Year and the Brits Critics’ Choice Award.

WRONG CROWD consists of 15 songs.  The videos for ‘Wrong Crowd,’ and ‘Magnetised’ were shot in South Africa, and directed by George Belfield (Arthur Beatrice, Richard Hawley, Kwabs) The storyline for the ‘Magnetised’ video is a continuation of the ‘Wrong Crowd’ video which also includes a portion of the song ‘Constellations.’ The album was co-produced by Tom Odell and Jim Abbiss, who has also produced records for artists including Arctic Monkeys, Kasabian, and Adele.

Tom said of the new album, “I wanted the songs to sound big and dramatic; big strings and melodies emphasizing the songs further – rich in musicality and holding nothing back. The album follows a narrative of a man held at ransom by his childhood, yearning for it, yearning for nature- a desire for innocence in this perverse world in which he now lives. It’s a fictional story but the emotions and feelings are obviously ones I have felt – though the stories are elaborated and exaggerated. I wanted to create a world with a heightened sense of reality.”