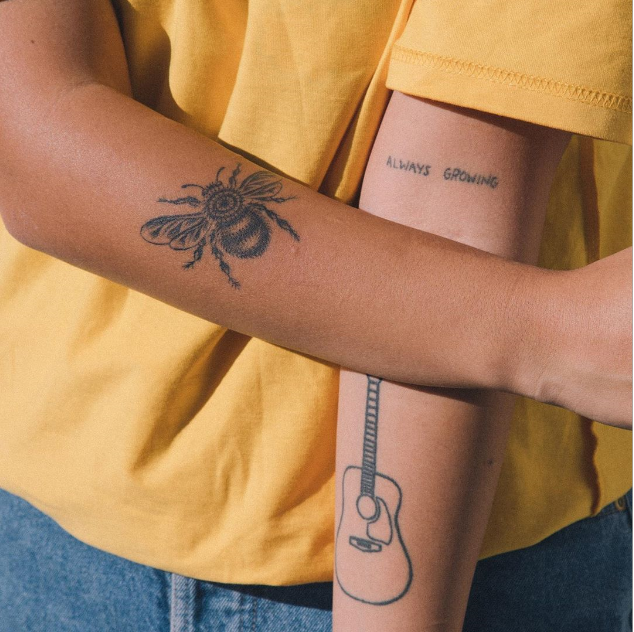 Full of moments of self-reflection, all seven tracks on ALWAYS GROWING carry a refreshing transparency as Paige processes her experiences through her songwriting. Unafraid to acknowledge her flaws, the EP conveys a sense of resilience and quiet confidence.

The South Aucklander has today also released her music video for pop single ‘Waves’. In the music video Paige uses magical powers to take her love interest out of maths class and into a dream sequence of date activities.

“It’s sort of a dream realm into the night of what it would be like if we could be together,” says Paige. “They dine, they go thrift shopping, they go to the arcade and they get tattoos. It’s very romantic.”

Passionate about pop culture and current events, Paige, who is Ngāti Maniapoto and Ngāti Tūwharetoa, launched her very own podcast Paige’s Space, an up-close podcast series with special guests covering everything from coming of age, love, sexuality, relationships and mental health. With these topics inspiring the release of her EP, Paige wants to inspire a movement of kindness at a time we need it most.

ABOUT PAIGE
For someone so young, Paige carries an old soul and isn’t afraid of getting honest with her earnest songwriter’s sensibility and velvetine voice. In 2016, Paige’s life changed forever when she started her infamous YouTube channel Paige’s Space with a humble acoustic guitar and a computer. Paige began uploading covers of songs that permeated a generation, then eventually took to sharing originals with her evergrowing fan base.  Sharing a debut EP ON MY OWN in 2017, Paige marked her arrival in the music industry. The following year, she made waves with streaming platforms with her mesmerising singles ‘So Far’ and ‘Alignments’ and found herself collaborating with fellow Kiwis Balu Brigada (‘Slow Dive’), JessB (‘So Low’) and opening for the likes of Nina Nesbitt, George Ezra, Ruel and Kiwi sensations, Six60 and Drax Project.