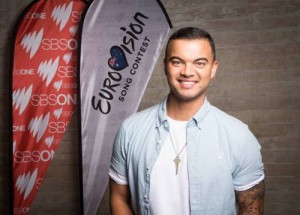 SBS today announced that multi-talented singer and ARIA Award winner Guy Sebastian will represent Australia at the 60th anniversary of the Eurovision Song Contest to be held in Vienna, Austria and broadcast on SBS from Wednesday May 20 to Sunday May 24.

The performance will be a celebration of Australian music and culture and marks the first time in Eurovision history Australia has been invited to compete at the contest as a wild card entry to celebrate 60 years of Eurovision.

The Eurovision Song Contest reached an Australian audience of over 3 million* in 2014 and an international audience of over 195 million people and SBS and production partner Blink TV agreed that Guy Sebastian was the perfect artist to showcase Australian music on the world’s biggest stage.

Guy Sebastian said: “It’s incredibly exciting to be given the opportunity to perform at the Eurovision Song Contest. It is the biggest music event in the world with an amazing history and tradition and I’m truly honoured to be invited to represent Australia in its first time ever in the competition.”