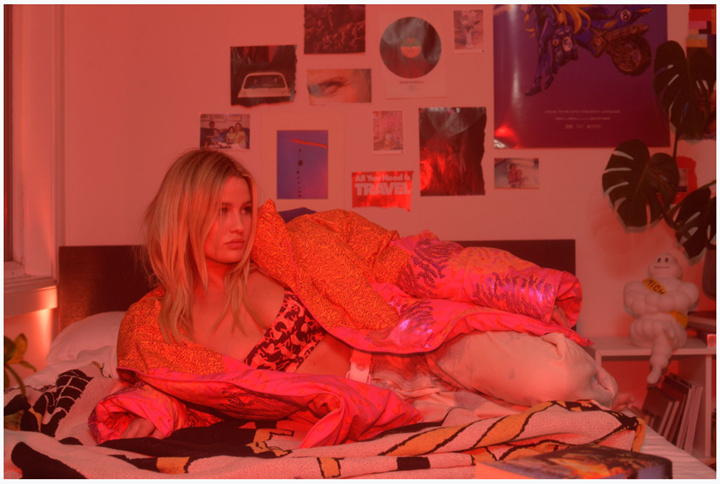 Australian songstress GRAACE is breaking through with her second single of the year, ‘Body Language’, out now via Sony Music Entertainment Australia.

‘Body Language’ takes the listener on a sultry electro-pop experience, as GRAACE combines a bass-filled beat with her silky vocals and vigorous chorus build-ups. The track was produced by Hayden James, who GRAACE worked with to co-write and feature on his 2017 ARIA Platinum smash-hit ‘Numb’.

Speaking on ‘Body Language’, GRAACE says “I wrote this song on my loop pedal the week I got back from my trip to Thailand. It was hands-down one of the best experiences I’ve ever had and I was so inspired by the people there. How kind, inviting and intelligent they were to communicate with me through body language.”

Following a busy couple of years, 2019 saw GRAACE make bold and brilliant steps forward releasing ‘Have Fun At Your Party’ and ‘21st Century Love’, where she shone via huge choruses that burst out with confidence. This was showcased yet again when she took on a version of Avril Lavigne classic ‘Complicated’ for triple j’s lauded Like A Version series, taking the pop-punk classic and turning it into a sombre piano-led heartbreaker fleshed out with help from a gorgeous, sweeping string section – watch it here.

GRAACE’s first single of 2020, ‘Hard To Say’ featured African Australian rapper I.E. and was a touching tribute to a friend close to her heart who took his own life. She’s continued to hone her craft and artistry during what’s been a challenging and isolating year, but GRAACE shows no signs of slowing down in 2020, firmly set to position herself as the breakthrough artist to watch this year.