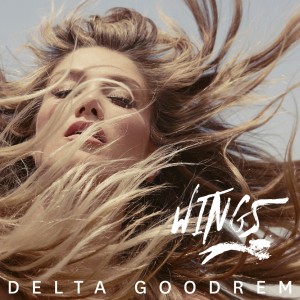 “I wanted to make sure I had a song that incorporated all the things that make me feel like a powerful woman… you always want a song to represent where you are now,” explains Delta. “I feel like the most important thing is, Wings just feels fresh. The meaning of the song is about looking for new horizons, everybody is looking for a second chance.”

“I wanted Wings to convey that liberated feeling: with a bit of wildness meets a bit of letting go… That’s been a big theme, where I’ve kind of let a lot go.  These ‘wings’ are made to fly!” An energetic, uplifting and feel-good song, Wings takes flight on airwaves around Australia and is now available for purchase in-store and online.

Delta Goodrem is set to have an multi dimensional remainder of 2015 with the commencement of The Voice Live shows as well as joining the acclaimed West End revival production of Andrew Lloyd Webber’s CATS commencing in Australian theatre in October this year.  Delta will play the coveted role of Grizabella in Sydney, Hobart & Melbourne.

Get your copy of Wings here: