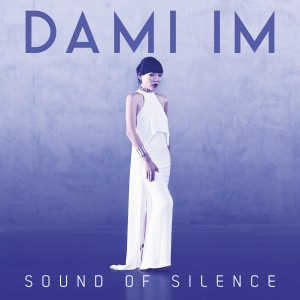 After an incredible performance of ‘Sound Of Silence’ to a packed arena in Stockholm, Sweden, Dami Im placed an impressive second at the Eurovision Song Contest Grand Final in front of an estimated worldwide viewing audience of 200 million. Dami Im received a total of 511 points, placing behind winner Ukraine, and in front of Russia in third place with 491 points. The 2016 Eurovision winner was Jamala from Ukraine, who took out the competition with 534 points awarded by the voting juries and viewing public in 42 countries.

Off the back of the competition, ‘Sound Of Silence’ has rocketed to the top of the Australian iTunes Chart and is also making headway around the world. Some of its peak chart positions include #1 in Lithuania and Malta, #2 in Sweden, #3 in Poland and Finland, #5 in Greece and Belgium, top 10 in Russia, Switzerland, Israel, Denmark and the Netherlands, top 20 in Germany, Ireland and Spain, and top 40 in the UK and France.

“Coming second in the Eurovision Song Contest is by far the most amazing achievement for me and for Australia, I will never forget the last two weeks. Congrats to Jamala and Ukraine! You were the deserving winner this year, I’m truly happy for you and wish you all the best! I’m so blessed to have met such wonderful artists from around the world and have made some amazing new friends. I know that everyone worked harder than anyone can imagine and should all be so proud of they achieved. Thank you Europe for inviting Australia to be a part of something so amazing! Thank you to all of those that voted! This is only the beginning, I can’t wait to bring more music to Europe, watch out!” – Dami Im.
Dami Im was not the only successful Australian at the Eurovision Song Contest, with renowned songwriters and producers Anthony Egizii and David Musumeci of DNA Songs walking away as winners of the Eurovision Composer Award. This prestigious award is for best and most original composition as voted by the participating composers in the competition, with 40 out of 42 countries voting for DNA Songs and ‘Sound Of Silence’.

“We are over the moon to be the runner up winner of Eurovision 2016. Dami has made Australia extremely proud! Although we didn’t bring the crown home, we’re humbled to take home the Composer Award for best song of Eurovision 2016! We’ve shown Europe that Australia is a force to be reckoned with.” – Anthony Egizii and David Musumeci, DNA Songs.

Watch Dami’s stunning performance at the Grand Final below: