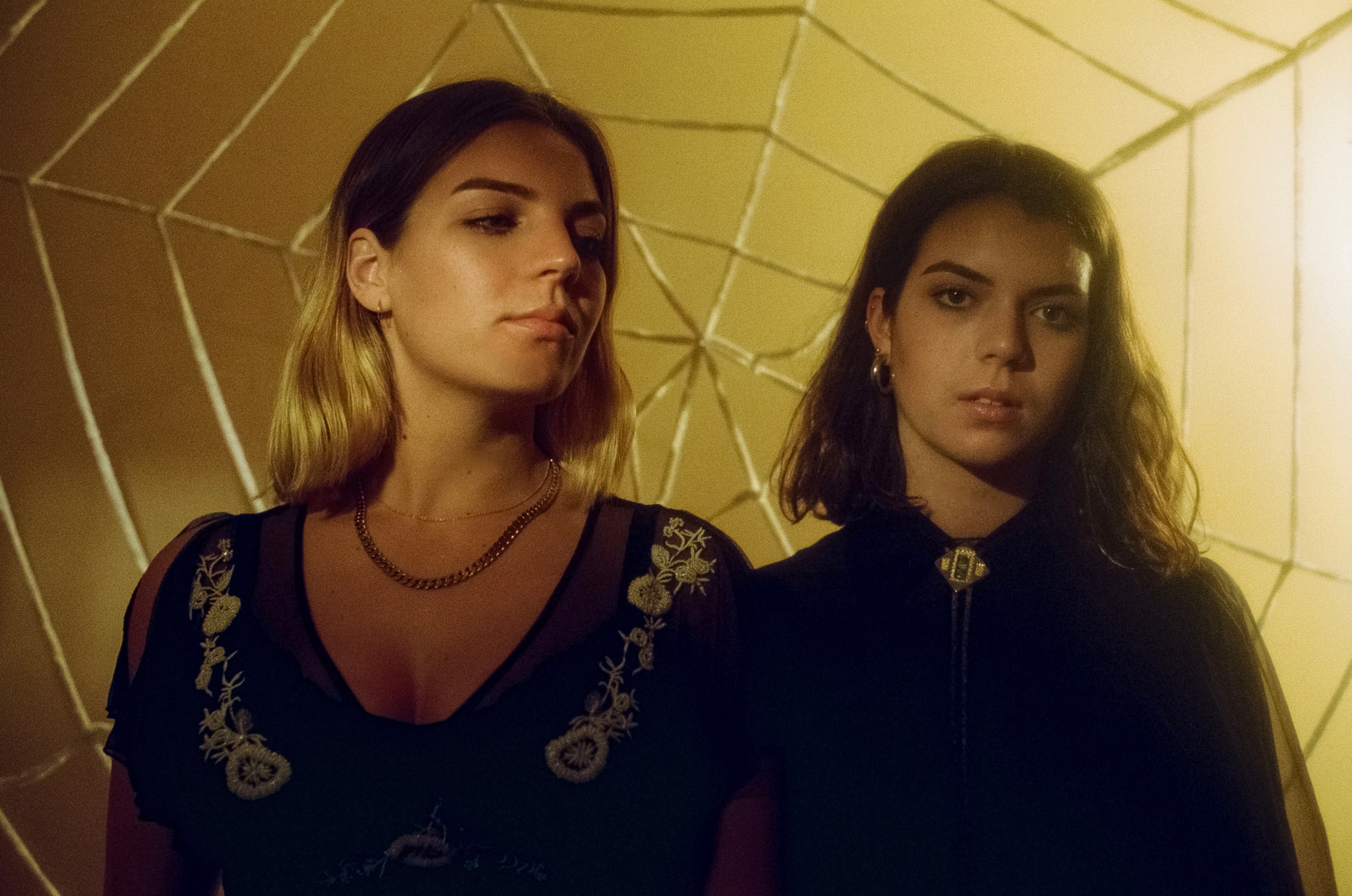 Australian duo CLEWS have released the official video for “Hollywood”, out now via Wonderlick and Sony Music Entertainment Australia.

CLASH premiered the official video overnight, affectionately describing CLEWS as having “this wistful feel to their immaculately conceived pop songwriting”. Further adding “their bittersweet confection certainly makes them stand out from the crowd.”

The video, directed by Maya Luana, was shot in the New South Wales coastal town of Newcastle.

Describing the video, Grace comments “We filmed the fight sequences on a bitterly cold winter’s day, getting flogged by rain. Everyone was soaked to the bone by the time we’d run the song once, but morale was sky high. We got to pay homage to a few of our favourite Hollywood motifs; the angel wings from Baz Luhrmann’s Romeo and Juliet and the female anti-heroes from Kill Bill.”

Lily adds “I wrote ‘Hollywood’ in the time between teenage-hood and adulthood, so the video dramatises that limbo by taking people through purgatory.”

“Hollywood” written by Grace and Lily Richardson who make up CLEWS, is a beautiful and melodic autobiographical insight into the growing pains felt during the transition between youth and adulthood. The track was produced by Grammy award winning Nick Didia.

It’s been an exciting 18 months for the sisters from Mollymook. Since releasing their first single “Museum” and follow up “Crushed”, Clews have quickly carved out their own unique take on contemporary indie music. With an extensive amount of touring under their belt including supports for the likes of Portugal. The Man, Laurel, Albert Hammond Jr. and Ocean Alley, and more recently their own headline shows, CLEWS are now poised to take their soaring vocal and guitar harmonies to the world.