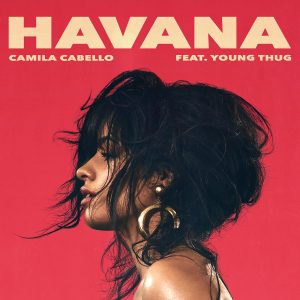 After an incredible performance this week of ‘Havana’ at the 2017 MTV EMA Awards, Camila also took home the award for Best Pop Artist.

Late last month, Camila released the official video for ‘Havana’ which has now surpassed over 192 million views! After a hilarious telenovela-inspired dream sequence, the visual plays out like a mini-movie featuring appearances by Latin superstars Lele Pons and LeJuan James alongside the multiplatinum certified pop powerhouse. Camila goes from watching the action play out in a movie theater to scorching a stage in Havana joined by a crooning Young Thug. Directed by Dave Meyers, it’s an event-sized production worthy of the track’s runaway success around the globe.

On Spotify, ‘Havana’ recently crossed the 300 million mark. ‘Havana’ has been certified platinum in Canada, Sweden, Ireland and gold in New Zealand, Norway, and Chile. It remains among Top 5 for airplay in the UK, Australia, Ireland, and New Zealand as well as Top 10 in Germany.